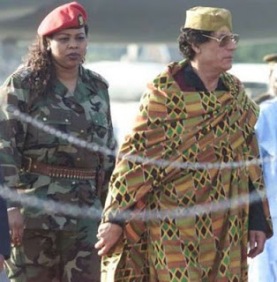 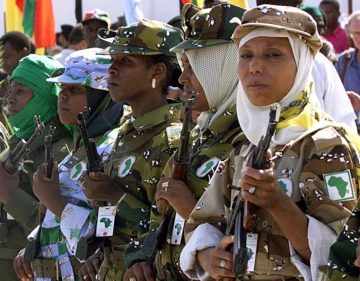 “To be a slave was to be a human being under conditions in which that humanity was denied.
They were not slaves. They were [Afrikan] people.
Their condition was slavery.
They looked upon themselves and their servitude with the eyes and minds of human beings, conscious of all that went on around them”.
Julius Lester

What is happening in and around Libya is more than enslaved Afrikans being sold on auction blocks. Rather, this is one of the symptoms of an increasingly decadent, rotten and stinking neocolonialism as being perpetuated in Afrika by the Global Apartheid racist forces of Euro-Amerikkkan imperialism which is making our own homeland terribly more impossible to live in. If our own countries have not become hell on earth why wouldn’t Afrikans want to stay in Afrika? People are making lots of noise and taking sporadically reactive actions about Afrikans being sold on auction blocks in Libya. It is not lost upon us that some of these noises and actions are being orchestrated and paid for from dodgy sources inimical to the best interests of Afrika. As justified in their spontaneity as some of such actions may appear, they raise lots more questions than answers.

Why are those concerned not crying out and protesting louder about the mess being made of our Afrikan homeland by Euro-Amerikkkan imperialism through its neocolonial Afrikan and Arab elitist puppets; the stinking mess with all the brutalities of white-supremacy racist barbarism that is driving ordinary Afrikans away from their homes? Please be more critically aware, discerning and vigilant. Take the kind of well-planned ‘Stop the Maangamizi’ for Reparatory Justice! action/s that will prevent Afrikans from fleeing our own homeland in the first place and vacating it for more foreign setter-colonialists to move in, racially cleanse and occupy for nefarious geopolitical ends.
A more useful starting point would be to target Euro-Amerikkkan imperialism and its agencies, institutions and quislings, including their Black puppets of neocolonialism, that are masterminding such horrific crimes of the Maangamizi; particularly with a view to shutting down the Maangamizi Crime Scenes that you can find anywhere near you or close to communities you can be engaged constructively with. For people in Afrika ‘Stop the Maangamizi!’ is not just a slogan, it is a life and death matter!

“The neo-colonialism of today represents imperialism in its final and perhaps its most dangerous stage. In the past it was possible to convert a country upon which a neo-colonial regime had been imposed — Egypt in the nineteenth century is an example — into a colonial territory. Today this process is no longer feasible. Old-fashioned colonialism is by no means entirely abolished. It still constitutes an African problem, but it is everywhere on the retreat. Once a territory has become nominally independent it is no longer possible, as it was in the last century, to reverse the process. Existing colonies may linger on, but no new colonies will be created. In place of colonialism as the main instrument of imperialism we have today neo-colonialism. The essence of neo-colonialism is that the State which is subject to it is, in theory, independent and has all the outward trappings of international sovereignty. In reality its economic system and thus its political policy is directed from outside.”
Osagyefo Dr Kwame Nkrumah, ‘Neocolonialism: The Last Stage of Imperialism’ 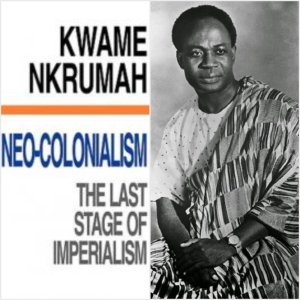