This is a case study of the advocacy of ‘Stop the Maangamizi!’ campaigner, Sis Dan, an Actioneer with the Afrikan Emancipation Day Reparations March Outreach Team, with her MP, Teresa Pearce, Member of Parliament for Erith and Thamesmead.

The response below, dated 7 February 2019, was received by  Sis Dan, who sent a copy of the ‘Stop the Maangamizi! template letter to her MP Teresa Peace. The letter requests that MPs as elected officials “contribute to halting and reversing the enduring injustices of the Maangamizi for Afrikan Heritage Communities by:

Page 2 of the letter

You can read SMWeCGEC commentary about the above response in the posting here.

Sis Dan sent the following response to Teresa Pearce which was also copied to the SMWeCGEC. She has given permission for her response to be shared but we have also removed Sis Dan’s address and other personal details.

It is important to note that Sis Dan was able to formulate this response in consultation and after much discussion with her children and other family members as per the approach which the SMWeCGEC has advocated in the establishment of Maatzoezaduara’s (i.e. Maat action-learning circles or ‘Maat Training Practice Rings’) which is a reparatory justice circle of Maat practitioners who learn to be the self-repairs change at the levels of their person, home, family, neighbourhood, workplace, school, college, university, places of leisure and worship, etc.

These Maat Training Practice Rings encompass a number of families and lineages, across geographical boundaries and generations. For example, a home or family based Maat Training Practice Ring will entail getting a selected number of people in your family interested in unravelling family histories and using this knowledge to recognise and gather evidence of the harm that has been done to you as a family. The Practice Rings will also explore how such harms have been passed down throughout the generations, resulting in increasing levels of disrepair. 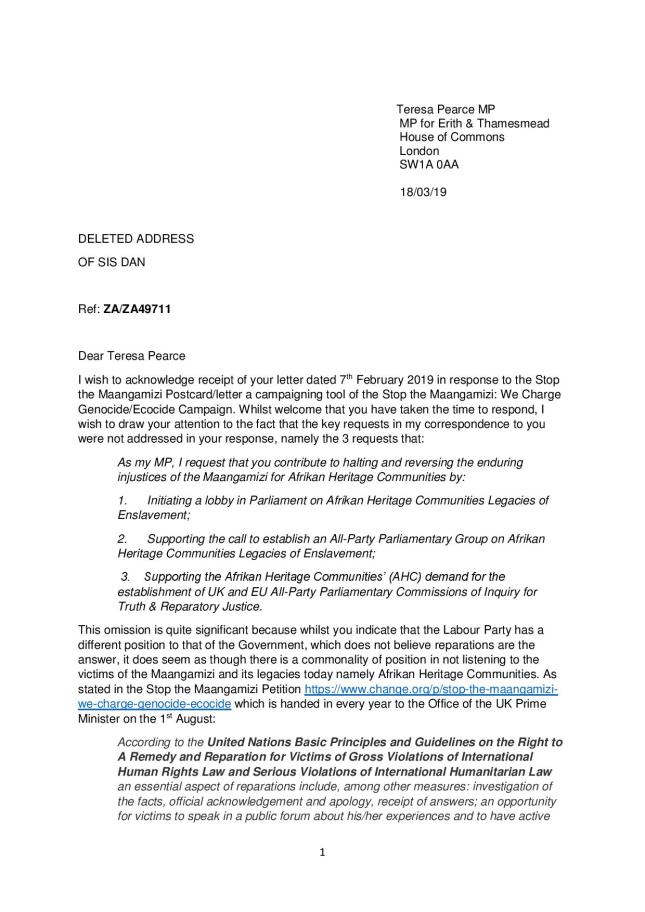