The Stop The Maangamizi: We Charge Genocide/Ecocide Campaign (SMWeCGEC) is a Pan-Afrikan Liberation Advocacy Campaigning formation of the International Social Movement for Afrikan Reparations (ISMAR) for glocalising our Afrikan Heritage Communities Rematriation endeavours to win Planet Repairs (the nexus of reparatory, environmental and cognitive justice) in Global Justice meaningfulness that will deliver Maatubuntuman in *Ubuntudunia.

The ‘Stop the Maangamizi: We Charge Genocide/Ecocide!’ Campaign Petition (SMWeCGEC) is one of the ISMAR campaigning tools for mobilising Afrikan People’s Power to exert upon the British Houses of Parliament towards establishing the All-Party Parliamentary Commission For Truth & Reparatory Justice, and other actions necessary to advance the process of dialogue from the ground-upwards, with the British State and society on Reparatory Justice.

The aims of the wider ‘Stop the Maangamizi!’ Campaign (SMWeCGEC) are to:

*Maatubuntununyansa (Maat+ ubuntu + nunya = knowledge in Ewe + yansa = wisdom in many West Afrikan languages) basically means conscientization that enables Afrikan people to advance from all knowledge relevant to the Maangamizi and its solutions towards grasping the wisdom of building Maatubuntuman in Ubuntudunia as the ultimate global embodiment of our holistic Pan-Afrikan Reparatory Justice endeavours.

*Maangamizi – According to Professor Maulana Karenga Maangamizi, the Swahili term for Afrikan Holocaust and continuum of chattel, colonial and neocolonial enslavement, is more appropriate than its alternative category Maafa. For, Maafa which means calamity, accident, ill luck, disaster, or damage does not indicate intentionality. It could be a natural disaster or a deadly highway accident. But Maangamizi is derived from the verb -angamiza which means to cause destruction, to utterly destroy and thus carries with it a sense of intentionality. The “a” prefix suggests an amplified destruction and thus speaks to the massive nature of the Holocaust.

Ubuntudunia (Ubuntu+dunia) is a combined Nguni & Kiswahili word which means a Multipolar World of Global Justice.

The SMWeCGEC works in partnership with the Afrikan Emancipation Day Reparations March Committee (AEDRMC). We regard the 1st August Pan-Afrikan Reparations Rebellion Groundings and its related events, across the World, as popular educational activities for direct action-learning on how to ‘Stop the Maangamizi!’

It is the view of the SMWeCGEC that our emphasis should be on reparations as a political struggle and a social movement. For reparatory justice, will only be effected and secured as a result of a Movement that we continue to build. Ultimately holistic reparations will only be effected when we have built and harnessed the POWER to effect our national will and strategic geopolitical interests as people of Afrikan ancestry and heritage, in the Diaspora and on the Continent of Afrika.

“Unless our struggle for Reparations leads to the Pan-Afrikanist revolutionary consientization, organization and mobilization of the broad masses of Afrikan people throughout the Continent and the Diaspora to achieve first and foremost, their definitive emancipation from the impeding vestiges of colonialism and the still enslaving bonds of present-day neocolonialism, to smash the yoke of White racist supremacy and utterly destroy the mental and physical stranglehold of Eurocentrism upon Afrikans at home and abroad, delinking Afrika completely from imperialism of any sort whatsoever, we shall have no POWER to back our claim for restitution and to give us the necessary  force of coercion to make the perpetrators of the heinous crimes against us to honour the obligations of even the best fashioned letter and spirit of International Law.” 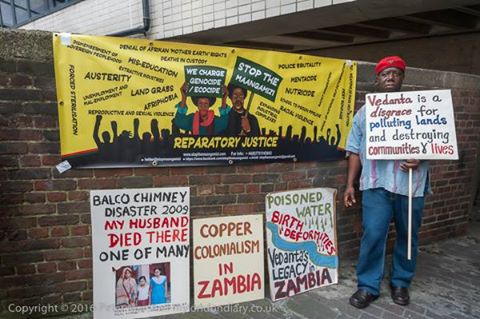 According to Klu (1993) it is important to grasp this point because:

“…while the cases of Reparations granted to other peoples that are normally cited, e.g. the Jews, Japanese- Americans, British POWs’ in Japan, the Inuit, should continue to be upheld as precedents in the spirit of which can be legitimized our Afrikan demands, we must understand that such restitutions have never threatened the Eurocentric global establishment of White racist supremacy in the way and manner true Reparations to Afrikan  people will result in the Black empowerment of Afrikans and their galvanisation of the revolutionary transformation of the present unjust order of the World.“ 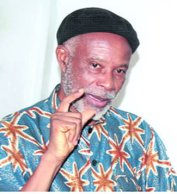 Professor Chinweizu is therefore correct in pointing out as Osagyefo Kwame Nkrumah did long ago that:

Hence the meaning and ultimate purpose of why we are mobilising and organising to STOP THE MAANGAMIZI!